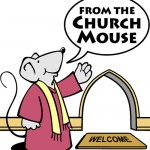 As we begin 2021 in the season of Epiphany, the story of the Magi shows us that God’s guiding light persists in the darkness.

At this time of the year there are always multiple attempts across the media to try and summarise the year just past. For 2020 the need to try and make sense, find hope, & seize on signs of optimism has reached fever pitch. Finding a way to talk about a complicated year is fraught with difficulty. 2020 has been cloaked with darkness for so many of us that chinks of light are hard to see. But the picture is always complex, dark and light always coexist. Wednesday’s announcement of the Oxford/AstraZeneca vaccine approval was given alongside further lockdowns, disruption to the start of the school term, and a major incident declared in Essex. Light and darkness knitted together in one day’s news.

The birth of a baby in 1st century Bethlehem also came at a time of social disruption and uncertainty. The politics of the day and order for people to return to register for a census in the town of their family meant the child ended up being born in a stable and placed in a makeshift cradle. Shortly after the Magi visit bearing their extravagant gifts, the family is forced to flee with their young child and seek asylum in Egypt to evade Herod’s execution order for all young boys. Darkness and light are woven together in the nativity story.
And for us having just lived through 2020 and the characters who experienced first-hand the events of the 1st century nativity, the question of God’s plan hangs over it all. Where is God in the darkness? How do we find God’s light? What direction do we take? What are we looking for? What does it all mean?
But the story of the Magi’s visit is all about persistent light. It’s a story that looks for the light. Even though they were clearly unsure about where the light would lead, the Magi followed the star until they found the child and despite the unexpected scene before them, they laid their gifts at the feet of the baby king and worshipped him. The star shone in the darkness of the night. The Magi looked for it, they scanned the dark skies and found it. Indeed, it was in the darkness that they found the light. Like us they had no idea of what would happen next, but the twists and turns in their story, the darkness of Herod’s regime don’t dim the light. The star is there, leading and directing, the Magi are required to keep following and trusting.

In the darkness of 2020 and uncertainty of 2021 do we believe that God’s light still shines and leads?
Use a story such as this one about hope in the darkest hour to illustrate the idea of God stepping into the darkness.
I wonder if the characters inside the Epiphany story tried to make sense of it all, whether they mused about what was happening? I wonder if they felt confused by the twists and turns of the events they were experiencing? We can read the story & see the way God led and directed the Magi.

There are many stories of God’s light shining in the darkness of lockdown. Perhaps you can think of a hopeful story to encourage others.

Have you ever read “The Owl Who Was Afraid of the Dark’ by Jill Tomlinson?

Plop, the Baby Barn Owl, is like every Barn Owl there ever was, except for one thing – he is afraid of the dark. “Dark is nasty” he says and so he won’t go hunting with his parents. Mrs Barn Owl sends him down from his nest-hole to ask about the dark and he meets a little boy waiting for the fireworks to begin, an old lady, a scout out camping, a girl who tells him about Father Christmas, a man with a telescope and a black cat who takes him exploring. He realises that through these encounters that dark is super after all. There was nothing to be afraid of!

So if you are afraid of what 2021 will bring, remember that Jesus is the ‘Light of the World’.

The story of Joseph and Mary, two ordinary people trying bravely to cope with the difficulties life had thrown at them and their new-born baby, is a reassuring one. For many, it describes the coming of God to help humanity in its need. “A saviour is born”, the angels sang. For all of us it is a sign of hope.

The child in the manger reminds us that our anxieties are often overcome, and confidence restored, by events that appear small and insignificant.

Something profound was going on then, in spite of appearances. That can also be true of other apparently unremarkable events: the kindness of a stranger, loyalty of a friend, smile of a child, generosity of a neighbour, courage in danger. May the star of Bethlehem shine for us bringing hope and peace for the New Year.